The birth date and place of birth of Catherine Howard has gone unrecorded, although it has been estimated to be between 1520 and 1525, and was probably in London. Catherine was the tenth child of Lord Edmund Howard, a younger son of Thomas Howard, 2nd Duke of Norfolk and Joyce Culpepper, the daughter of Richard Culpepper of Oxenheath in Kent. Catherine Howard 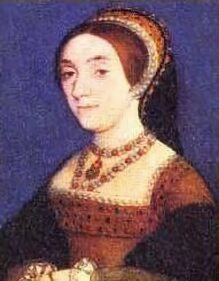 She was the first cousin of Henry VIII's second wife, Anne Boleyn, who was executed in 1536, Anne's mother Elizabeth Howard was the sister of Lord Edmund Howard. Catherine was also the second cousin of Jane Seymour. Her mother died when she was nine years old and Edmund Howard was married a further two times, secondly to Dorothy Troyes and thirdly to Margaret Jennings. Lord Edmund inherited none of the wealth of the aristocratic Howard family and often had to live off handouts from relatives.

The young Catherine was sent to live with her step-grandmother, Agnes Tilney, the Dowager Duchess of Norfolk, at Lambeth Palace and Horsham. Her guardianship left much to be desired and she took little interest in the Catherine's upbringing or education. While she could read and write, the vivacious Catherine was poorly educated even by the standards of the day.

Whilst living in the Dowager Duchess' household, Catherine, then aged around eleven to thirteen, indulged in a sexual relationship with her music tutor, Henry Mannox.

The relationship came to an end in 1538, when Catherine became the lover of her step grandmother's secretary, Francis Dereham. The slighted Mannox, in revenge, sent an anonymous note informing the Dowager Duchess of Norfolk. The outraged Dowager Duchess discovered Catherine and Dereham together and the affair was ended abruptly in 1539.

After Henry VIII's disastrous fourth marriage to Anne of Cleves, Catherine's uncle the Duke of Norfolk, head of the Catholic faction at court, took Catherine to his home at Lambeth. In a bid for power, he flaunted his nubile and attractive niece before the King. Henry was smitten by the exquisite Catherine and had his marriage to "that great Flanders Mare" Anne annulled on the grounds of non-consummation.

The King married Catherine Howard on July 28th, 1540 and well pleased with his new wife, the doting Henry regained some of his lost youth with his lively and vivacious fifth spouse and thanked God for his newfound happiness "after sundry troubles of mind which had happened to us by marriages". Henry now nearing fifty and rapidly expanding in girth and weighing about 300 pounds showered his pretty, teenage bride with jewels and expensive gifts, but Catherine, who adopted as her motto 'No other wish but his' was never crowned Queen of England.

Unlike Henry VIII's other wives, there is no confirmed authentic likeness of Catherine Howard known to exist, although the profile of the Queen of Sheba in a window of King's College, Cambridge is said to have been modelled on her. She was said to be tiny, with auburn hair and although not hailed as a great beauty, the French ambassador commented on the sweetness of her expression. 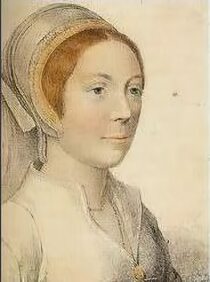 The fall of Catherine Howard

His "rose without a thorn", unknown to Henry, had already acquired a reputation, promiscuous from adolescence and manipulated into a marriage with an obese and decidedly middle-aged man to satisfy her uncle's lust for power and influence, she foolishly and dangerously continued to stray after her marriage. The Protestant element at court seized their chance and pounced. The king was informed of her past indiscretions and that she was furthermore indulging in an affair with her distant relative, Thomas Culpepper. Catherine, on arrest, became hysterical. Henry broke down in tears at the news and left Hampton Court abruptly, he was never to see Catherine again. 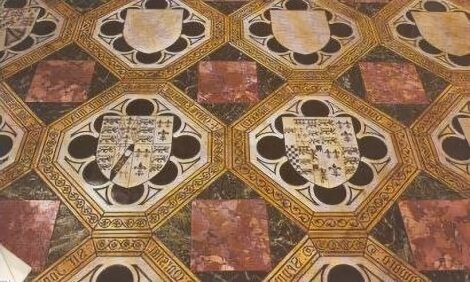 The cuckolded Henry immersed himself in self-pity at his treatment by the woman he had so loved. He announced that of all the wives he had, "not one of them had put herself out to be a comfort" to him.

An Act of Attainder, making it treason for any woman of unchaste reputation to marry the king was passed against Queen Catherine and her Lady-in-Waiting, Lady Rochford, had been party to her infidelities. "Few of any ladies now at court would henceforth aspire to such an honour", wrote Chapuys, the Spanish ambassador, in his report of the sorry affair to Spain.

Shortly after Catherine was stripped of all jewellery and clothing then taken to Syon Abbey in Middlesex, where she was held, prisoner. The teenage Catherine was tried for high treason and followed her cousin Anne Boleyn to the Tower and the block. She regained her composure before her execution and asked for a block to be brought to her, where she indulged in the macabre exercise of practising laying her neck on it.

Dereham and Culpepper went to the block in the December of 1541. Catherine's execution took place on 13 February 1542, she was reported to have "died well".

Catherine was buried beside Anne Boleyn at the chapel of St. Peter ad Vincula within the Tower of London. Her final resting place is marked today by a red and green marble pavement (pictured opposite) inscribed with her name and coat of arms which was laid down during refurbishments to the Tower chapel in the reign of Queen Victoria.