History of the Boleyn family

The known history of the Boleyn family starts with Thomas Boleyn, a yeoman farmer of Sale in Norfolk who married Anne Bracton, the daughter of Sir John Bracton. Thomas descended from a Nicholas Boleyn.

Thomas's son, Geoffrey Boleyn, a tenant farmer of Sale, is mentioned in relation to timber for the building of the church at Salle. He had some involvement in the building and his father left money for the glazing of a south aisle window. Geoffrey died in 1440 and was buried at Sale Church. His brass has the inscription

"Here lie Geoffrey Boleyn, who died 25th March, 1440, and Alice his wife and their children: on whose souls may God have mercy. Amen."

His children included Cecily, who was buried at Blickling; Thomas, a priest and Master of Gonville Hall, Cambridge, from 1454-72, who also served the King by attending the Councilof Basle.Geoffrey's younger son also Geoffrey Boleyn (1406-1463) began his career as a lowly apprentice mercer, but left Norfolk to seek his fortune in London. He acquired a large personal fortune and became Lord Mayor of London in 1457. He was knighted by King Henry VI.

Geoffrey married Anne Hoo (1424 - 1484), the daughter and co heiress of Thomas Hoo, Baron Hoo and Hastings (d. 13 February 1455), by his first wife Elizabeth Wychingham. He purchased the manor of Blickling in Norfolk from Sir John Fastolf in 1452, and Hever Castle in Kent from the Cobhams in 1462. Geoffrey's third son Thomas Bullen, (died 1472) became prebendary of St. Stephen's, Westminster, precentor and sub-dean of Wells, Master of Gonville Hall, Cambridge, and Master of the college at Maidstone. 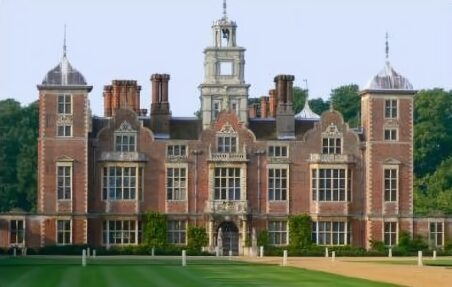 William Boleyn (1451 - 10 October 1505), Geoffrey and Anne's second son was born at Blickling Hall. He was created a Knight of the Bath by King Richard III. William married the Anglo-Irish Lady Margaret Butler, the younger daughter and co-heir of Thomas Butler, 7th Earl of Ormond, by whom he had ten children:-. 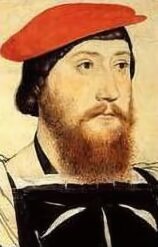 Thomas Boleyn (c. 1477 - 12 March 1539) was born at the family home of Hever Castle in Kent. He was invested as a Knight of the Garter in 1523 and married Lady Elizabeth Howard, eldest daughter of Thomas Howard, 2nd Duke of Norfolk, the couple had three children George, Mary and Anne, two other sons, Thomas and Henry failed to survive infancy.

Thomas Boleyn was well educated and fluent in several languages including French and Latin. He was chosen by Henry VII as a member of the escort who accompanied his eldest daughter, Margaret Tudor, to Scotland, to marry King James IV. In the early years of his son, Henry VIII's reign Thomas was given various offices including keeper of the exchange at Calais and the foreign exchange in England, joint governor of Norwich Castle with Sir Henry Wyatt, Sheriff of Kent several times and also served on commissions of the peace. 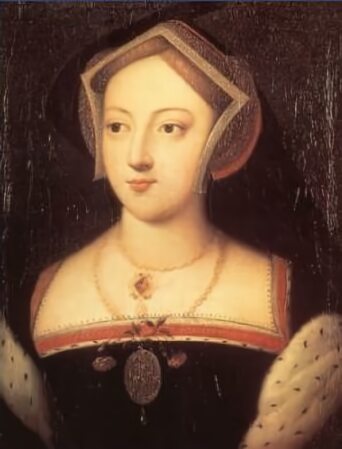 Thomas' elder daughter Mary Boleyn, the wife of courtier William Carey, became the mistress of King Henry VIII, their liaison lasted for about five years, but finished prior to the birth of Mary's second child, Henry Carey in March 1526.

Henry then became enamoured of Mary's younger sister, Anne Boleyn, who refused to become his mistress and held out for marriage. Thomas Boleyn was elevated to the peerage as Viscount Rochford on 18 June 1525. The title referred to the "barony" of Rochford supposedly created in 1488 for his maternal grandfather. The title had fallen into abeyance as Thomas Butler had died without a male heir in 1515.

Henry's infatuation for Anne increased and he determined to divorce Catherine of Aragon to marry Anne and make her his Queen. Henry persuaded the main claimant to the earldom of Ormond, Piers Butler, to renounce his claims to the titles in 1529. Boleyn's claims to the Earldom of Wiltshire derived from his Irish relatives, his maternal great-grandfather, James Butler, 5th Earl of Ormond was the 1st Earl of Wiltshire. On 1 May 1461 he was executed on the orders of King Edward IV, following his victory at the Battle of Towton. On 8 December 1529, Thomas Boleyn was created Earl of Wiltshire and Ormond, while his son, George, was granted the courtesy title of Viscount Rochford. 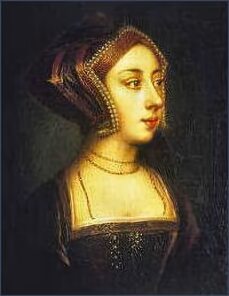 Anne Boleyn was married to Henry VIII in 1533, the marriage produced only a daughter, Elizabeth and thereafter Henry quickly began to tire of his wife and began to pay court to Jane Seymour. On 2 May 1536, Anne was arrested and taken to the Tower of London by barge, accused of adultery with Henry Norris, her musician Mark Smeaton, Sir Francis Weston and William Brereton. Her brother George Boleyn was also arrested on charges of incest and treason. Thomas Boleyn acquiesced in the judicial execution of Anne and George, Lord Rochford. Lord Rochford was executed on 17 May 1536 and his titles forfeited. Anne followed him to the block on 19th May.

After the fall of Anne Boleyn and her and her brother George's execution for supposed adultery and incest, Thomas Boleyn was shunned at the court of Henry VIII, and himself died two years later on 15 March 1539 at the age of around 62. Henry VIII ordered masses to be said for his soul, he was buried in St Peter's Church at Hever.

George Boleyn's widow, Jane, Viscountess Rochford was herself attainted for treason and beheaded on Tower Hill on 13 February 1542 with Queen Katherine Howard, the King's fifth wife.