Prince Michael of Kent, the younger son and third child of Prince George Edward Alexander Edmund, Duke of Kent (Fourth son of King George V and Queen Mary) and Princess Marina of Greece (daughter of Prince Nicholas of Greece and Denmark and Grand Duchess Helen Vladimirovna of Russia) was born on 4 July, Independence Day, 1942 at Iver, Buckinghamshire and is a cousin of both the Queen and the Duke of Edinburgh. Prince Michael of Kent 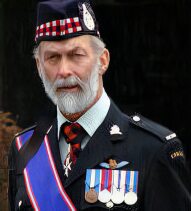 He was given the names Michael George Charles Franklin Windsor. The name Franklin was chosen in honour of his godfather, Franklin D. Roosevelt, the then US President. When the Prince was only six weeks old, his father the Duke of Kent was killed in an aeroplane crash while on active service in World War II, when carrying out a mission over Scotland.

The young Prince Michael was educated at Sunningdale School and later Eton College, completing his education at Sandhurst Royal Military Academy and was later to serve in the eleventh Hussars. He saw service in Germany, Hong Kong and Cyprus, where his squadron formed part of the UN peacekeeping force in 1971. 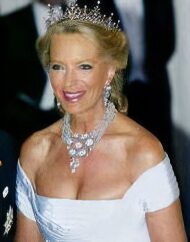 Since the Act of Settlement forbids the marriage of any person in the line of succession to the throne from marrying a Roman Catholic, and his wife was both a Roman Catholic and a divorcee, Prince Michael lost his place in the line of succession to the British throne on his marriage. The wedding took the form of a civil ceremony, at the Rathaus, Vienna, Austria on 30 June 1978. His wife, who remains a Princess of the United Kingdom, took the title of Princess Michael of Kent after the marriage.

The marriage produced two children, (both of whom have been brought up as members of the Church of England and retain their position in the line of succession to the British throne):-

Princess Michael is a successful author and has published several books on the royal families of Europe. She also undertakes lecture tours and supports her husband in his public work. Prince Michael manages his own consultancy business and he and his wife do not officially carry out royal duties, nor are they in receipt of monies from the Civil List, although they have occasionally represented Queen Elizabeth II abroad.

The couple live in a grace and favour apartment at Kensington Palace and own a seventeenth-century country house in Gloucestershire, Nether Lypiatt Manor. Prince Michael bears an uncanny resemblance to his paternal grandfather, King George V and his relative, Nicholas II, the last Tsar of Russia, to whom he is related through his Russian grandmother. When Tsar Nicholas and his family were reburied in Russia, Prince Michael represented Britain at the funeral service. The Prince is a qualified Russian interpreter, he also speaks fluent French and has a working knowledge of German and Italian.

Princess Michael is nick-named Princess Pushy by the press, she has received much negative media coverage, particularly on the subject of her supposed poor relations with the Queen and other members of the royal family. The revelations that her father, Baron Gunther von Reibnitz was a member of the Nazi Party during the Second World War was the source of unfavourable speculation and media comment, however, the Princess did receive much support from the general public regarding the matter.