The Battle of Alnwick

When King William II of England, known as William Rufus, succeeded his father William the Conqueror as king of England in 1087, he appointed strong barons in the north of England to control the border and prevent Scottish incursions into Northumbria and Cumbria.

Malcolm III King of Scots, otherwise known as Canmore, nursed ill feeling toward Rufus after had been treated extremely badly at the Court of the English king when he travelled south to pay homage for his English lands. Malcolm also held ambitions towards both Cumbria and Northumbria, and in May 1091 he launched an invasion of Northumbria and laid siege to Durham. 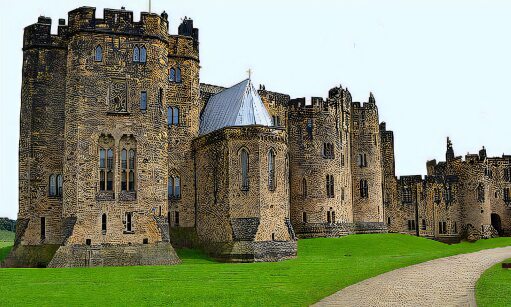 William Rufus led a large English army north to confront him, advancing into Scotland he forced Malcolm into retreat, pursuing the Scots as far as Falkirk. Eventually a truce was negotiated and William Rufus withdrew.

In November 1093, undaunted, Malcolm and his son Edward led a further assault into Northumbria, after plundering the plains east of the Cheviot Hills, he then laid siege to Alnwick Castle, one of the strongest castles in Northumbria, Malcolm camped his main army north of the River Aln on the slopes of the hill overlooking the valley.

Robert de Mowbray, Earl of Northumbria, then at his stronghold of Bamburgh Castle, did not possess a strong enough force to oppose the Scots king in open battle. Nevertheless, he set out to Alnwick to attempt to relieve the castle.

Commemorative Cross to the Battle, Alnwick 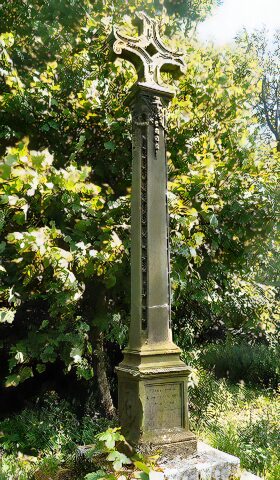 Mowbray arrived at Alnwick on St Brice’'s Day, 13 November, taking the Scots army totally by surprise, the English force attacked them before the ramparts of Alnwick, throwing the unprepared Scots into complete confusion. In the final skirmish, King Malcolm's vanguard was smashed, Malcolm Canmore was killed in the fighting and his son Edward was mortally wounded.

The spring near which Malcolm and his son met their death, subsequently became known as "Malcolm's Spring" or "Malcolm's Well".

Traditionally, the King received his mortal wound from a lance where a sandstone Gothic style cross, dating to the eighteenth century and erected by the Duchess of Northumberland, a descendant of Malcolm, to his memory and now stands at the side of the road, it replaced an older rough stone memorial that once marked the site of the battle.

With Malcolm's death, the Scottish army found itself leaderless and returned to Scotland. The body of Malcolm and his son were interred at Tynemouth Priory. Symeon of Durham records-

'And since none of his men remained to cover it with earth two of the natives placed the king's body in a cart, and buried it in Tynemouth.'

Malcolm's other son, Edgar, escaped the battlefield and return to Scotland to relate the sad tidings of the outcome of the battle to his mother, Queen Margaret, who is said to have died of grief at the fate of her husband and eldest son.

Robert de Mowbray, the victor of the battle, later joined a conspiracy against Rufus, in 1095, and, as a result, was dispossessed and imprisoned for life. Malcolm's body was later re-interred in Dunfermline Abbey in the reign of his son King Alexander I.

A tour of Hastings battlefield PreviousNext The Battle of Tinchebray