The Battle of Caer Caradoc

The Battle of Caer Caradoc, the scene of Caractacus last stand against the Roman legions, took place in 50 AD, following the Roman invasion of Britain under the Emperor Claudius. Following the Roman victories of the Medway and the Thames and the death of his brother Togodumnus, the Celtic war leader Caractacus, King of the Catuvellauni had fled to the mountains of northern Wales to enlist the aid of his fellow Celts,the Silures tribe,the most tenacious of foes, and the fierce Ordovice tribe, against the Roman invaders. 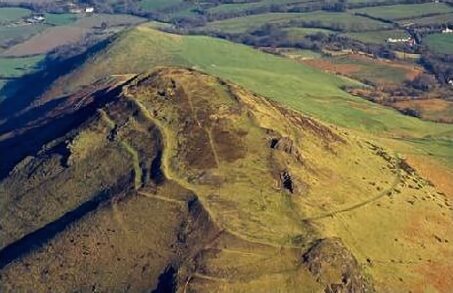 The site of the battle is not known with certainty. The Iron Age hill fort of Caer Caradoc in Shropshire's hill country has been connected with the battle due to its name which translates as the fortress of Caractacus. Legend states that the battle was fought at a Celtic Camp in the Malvern Hills.

The River Severn, though visible from the latter location, is much too distant to fit the description of the battle site as it was described by Tacitus, and the Severn is not visible from Caer Caradoc. A position just west of Caersws on the River Severn, in Powys, where the remains of Iron Age earthworks can still be seen has also been suggested as a possible site of the battle as has a location near Chapel Lawn, in Shropshire. 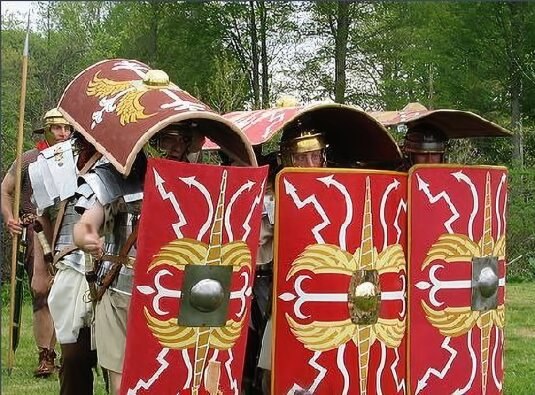 Our information on the Battle of Caer Caradoc, including a description of the terrain, are derived from the Roman historian Tacitus, The Annals of Tacitus record the history of the Roman Empire from the death of Augustus in AD 14 until at least the last two years of Nero's reign.

With Roman troops moving in against him, Caratacus chose a position on the high ground in hilly terrain. The Celtic forces were probably mostly composed of warriors from the Ordovices tribe though there may also have been some Silures as well. This well-chosen position made both advance and retreat difficult for the Romans. According to Tacitus, prior to the battle, Caractacus is said to have exhorted his countrymen that it would either" win back their freedom or enslave them forever"

The Roman commander, Publius Ostorius Scapula, was at first reluctant to launch an assault on the British lines. The Romans crossed the river without difficulty. They then faced a constant volley of missiles, but employed the testudo formation of locked shields to protect themselves, they then dismantled the stone ramparts. Once the Romans were inside the Celtic defences, the two forces locked in deadly combat and fierce fighting ensued.

Fighting off the Roman attack on three sides, with inferior weapons and with inadequate or no protection in the form of body armour, the Britons were forced to withdraw to the hilltops, with the Romans in pursuit. Their lines broke, and they were caught between the heavily armed legionaries and the lightly armed auxiliaries.

Caratacus's wife, son, and daughter were captured, possibly in or around Caer Caradoc Hill Fort and his brother surrendered, but Caractacus himself escaped, to be later treacherously handed over to the Romans in chains by his fellow Celt, Cartmandua, Queen of the Brigantes, from whom he had sought refuge. Caractacus and his family were then taken as prisoners to Rome. Ostorius Scapula, the victor of the battle, died shortly after Caractacus was taken to Rome.

Caractacus PreviousNext The Last Stand of the Druids