The House of FitzClarence

Dorothea Bland, (22 November 1761 - 5 July 1816) better known by her stage name, Mrs Jordan, was an Anglo-Irish actress and was reputed to have the most beautiful legs ever seen on the stage. Dorothea was born on 22 November 1761, the daughter of Francis Bland and Grace Phillips. Dorothy, or Dora as she preferred to be known, was born in London, although her parents normally lived in Ireland.   She became the mistress of William, Duke of Clarence in 1791. In January 1797, George III made the Duke of Clarence the Ranger of Bushy Park, the appointment came with Bushy House, which became the family home. Dora was awed by the Duke ’s royal status and attracted to his warm, passionate nature. 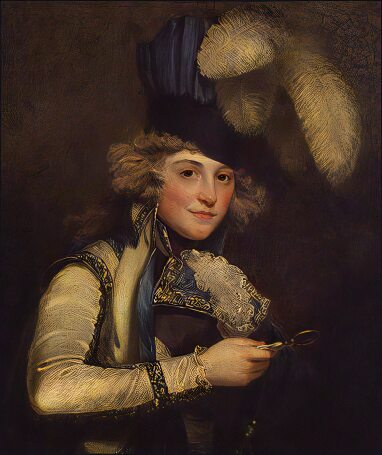 William appeared to enjoy the domesticity of his life with her, remarking to a friend- "Mrs Jordan is a very good creature, very domestic and careful of her children. To be sure she is absurd sometimes and has her humour. But there are such things more or less in all families. "

The couple separated in 1811, as the Duke wished to marry and produce an heir to the throne.   Dorothea was given a yearly stipend and custody of their daughters while William retained custody of their sons. Part of her stipend included money for the care of the children with a stipulation stating that in order to continue receiving that money and retain custody, Dorothea must not return to the stage. In 1814, when her son-in-law became heavily in debt, Dorothea returned to the stage to help pay off the debt. Once the Duke received word of this, he removed their remaining daughters from her care and took back her yearly stipend. To avoid creditors, she fled to France in 1815 where she died at Saint-Cloud, near Paris, in poverty just a year later, having squandered the bulk of her money on her eldest daughter Frances (fathered by another man). 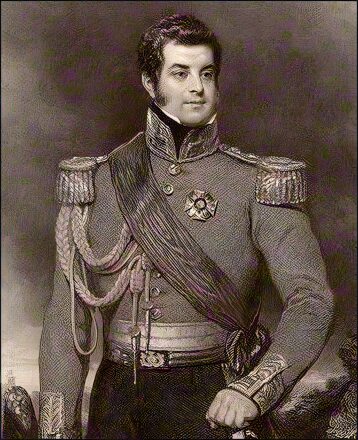 George Augustus Frederick FitzClarence, the eldest child of William IV and Dorothea Jordan, was provided with an excellent education, although his written English was poor, a trait he shared with several of his royal uncles. He had little contact with his mother after his parents separated in 1811. George served as an army officer during the Peninsular War and subsequently in India.

He was created 1st Earl of Munster, 1st Viscount FitzClarence and 1st Baron Tewkesbury on 4 June 1831. Earl of Munster had been a title held by his father prior to his accession to the throne. George, in common with his siblings, was dissatisfied with the provisions made for him and this, combined with his growing mental instability, produced a series of conflicts with his father which ended in complete estrangement. This caused the ageing King much distress, but those close to William thought it better that there be as little contact as possible, since Munster's visits invariably upset his father.

George FitzClarence, Earl of Munster committed suicide at the age of 48 in London. He is reported to have shot himself with a pistol presented to him by his uncle King George IV when he was Prince of Wales. His family had long been concerned about his mental condition; which had been attributed to "a paranoiac sense of persecution." At his inquest, his doctor and a surgeon told the coroner that they believed he was going mad. There has been speculation that he suffered from the probably hereditary malady of porphyria which had afflicted his grandfather and several other members of the House of Hanover.

Henry Edward FitzClarence was the second eldest illegitimate son of William IV by Dorothea Jordan. He was born in Petersham and died unmarried in India in 1817 at age 22 before his father's death. 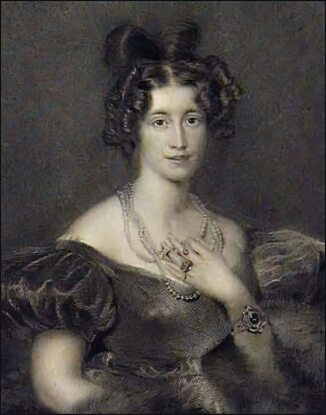 Sophia FitzClarence was born on 4 March 1795 on Somerset Street in London, the eldest daughter of William, Duke of Clarence and Dorothea Jordan. On 13 August 1825, Sophia married Philip Sidney, 1st Baron De L'Isle and Dudley of Penshurst in Kent. Sidney was a relation of the poet Percy Bysshe Shelley. The couple had four surviving children-

In January 1837, Sophia was appointed State Housekeeper of Kensington Palace where she died in childbirth three months later. She was William IV's favourite child and her death caused the ageing king intense grief. She was remembered as a woman of great wit, charm and gaiety. 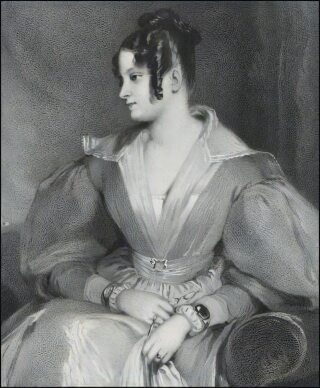 Mary FitzClarence was born in Bushy House as the fourth child of Prince William, Duke of Clarence and Dorothea Jordan. She was "a fine looking, brown girl with a pleasant countenance and manners". She married Charles Richard Fox, the eldest but illegitimate son of Lord and Lady Holland on 19 June 1824 in St George's, Hanover Square, London. Her mother-in-law wrote on 31 August that her son, "though fond of her, he only considers her as an auxiliary to his medals and other possessions, not as a principal", but concluded that "it will all do well; as she is very winning, and very firm, and sincerely fond of him." The pair established their household in Little Holland House by 1827. They moved to Canada in September 1829 when Charles resumed active army service.

Mary Fox was given the second part of the Anthony Roll by her father, which had been in the possession of the royal family since the reign of King Henry VIII. On the death of her uncle, King George IV, her father succeeded to the throne. William was anxious to see his daughter return home and had her husband transferred. King William IV died in January 1837 when Lady Mary's cousin, Princess Victoria, ascended the throne. Later that year, Lady Mary published a utopian feminist Gothic fiction narrative titled An Account of an Expedition to the Interior of New Holland. Lady Mary's treatise is the most representative example of the portrayal of New Holland (Australia) as a mysterious and "unreal" place. In January 1857, Sir Frederic Madden, custodian of the manuscripts at the British Museum, learned that Lady Mary wished to sell the roll she was given by her father in order to raise funds for building a church. For a large part of her later life, Lady Mary served as a housekeeper at Windsor Castle. She died childless on 13 July 1864.

Lieutenant-General Lord Frederick FitzClarence, the third illegitimate third son, was a British Army officer. Frederick was commissioned as an officer in 1814. While a captain in the Coldstream Guards, he commanded a small detachment of Guards to act in support of the police with the arrest of the Cato Street conspirators in 1820. Frederick FitzClarence gained the rank of Commander-in-Chief of the Bombay Army in 1852. He died in October 1854.

(i) Lady Ida Harriet Augusta Hay (18 October 1821 - 22 October 1867), married Charles Noel, 2nd Earl of Gainsborough and had five children. Her descendants include the Earls of Gainsborough, the Marquesses of Bute and the Baronets of Bellingham. 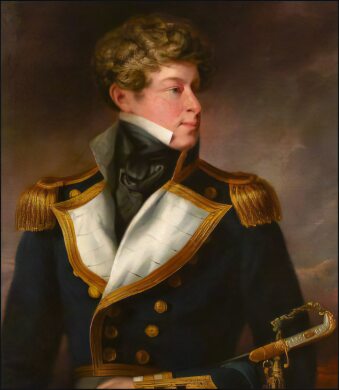 Adolphus FitzClarence was born at Bushy House. He attended a boarding school in Sunbury-on-Thames before being sent to sea at the age of eleven in 1813. He subsequently served as a midshipman aboard Newcastle based in North America and then later in the Mediterranean Sea. On receiving his commission as lieutenant in April 1821, he transferred to Euryalus and after being promoted to the rank of commander in May 1823, he later served aboard Brisk and Redwing in the North Sea. When promoted to captain in December 1824, he commanded Ariadne in 1826, Challenger in 1827 and Pallas in 1828.

On the accession of his father as king in 1830, he took command of the Royal Yacht, Royal George. His father also granted him and his siblings the rank of a younger son/daughter of a marquess by Royal Warrant of Precedence in 1831, enabling him to prefix Lord before his name and he was knighted the following year. He was also appointed Groom of the Robes in 1830 and a Lord of the Bedchamber in 1833. On the death of his father and the accession of his cousin Victoria in 1837, FitzClarence retained command of the Royal Yacht, until he was promoted to a rear-admiral in 1853 and his allowance allowed to continue. The queen reported that he "burst into tears, and said it was unexpected, for they (the FitzClarences) did not dare to hope for anything" In 1848, he also became a naval aide-de-camp to the queen and retained the office until he died, unmarried, at Newburgh Priory in 1856. 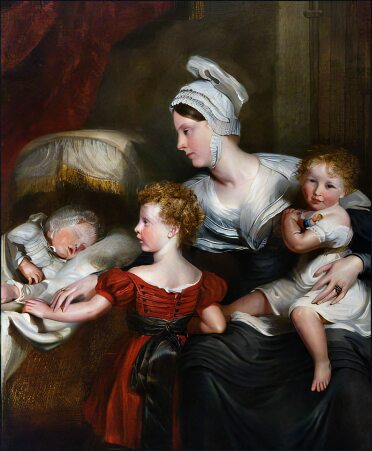 Augusta FitzClarence was born at Bushy House, Teddington on 17 November 1803. William's new wife, Princess Adelaide, was gentle and loving to the FitzClarence children. In 1818, Augusta and her siblings were granted a pension of £500. In 1819, Baron Franz Ludwig von Bibra, a German with knowledge of the classics and English, was engaged as tutor to the two youngest FitzClarence daughters. When their father succeeded as king, the FitzClarences frequently attended court but their presence annoyed the king's sister-in-law, Victoria Duchess of Kent, who felt that the FitzClarences would be a corrupting influence on her daughter Princess Victoria. King William was aggrieved at his children's treatment at the hands of the Duchess, who would leave the room whenever they entered.

On 5 July 1827, Augusta married the Hon. John Kennedy-Erskine, a younger son of the 13th Earl of Cassilis. Kennedy-Erskine was made an equerry to King William in 1830. The couple had three children:-

John died on 6 March 1831, Augusta's youngest daughter Millicent was born posthumously, as John died several months before her birth. The widowed Lady Augusta and her children lived at Railshead on the River Thames. King William often visited his daughter and grandchildren there, at one point coming to comfort Augusta when her young daughter Wilhelmina fell ill with a fever. They would often visit the king at Windsor Castle as well.

On 24 August 1836, Lady Augusta married Lord Frederick Gordon, the third son of George Gordon, the 9th Marquess of Huntly. Gordon was a professional sailor and would become Admiral of the Navy in 1868. He and Augusta had no surviving children together. Their Railshead residence had been situated next to a house owned by John's parents, who were angered by Augusta's second marriage and forced Augusta and Frederick to leave. Augusta turned to her father for help, and he granted her apartments in Kensington Palace and the position of State Housekeeper.

Lord Augustus FitzClarence was the youngest illegitimate son of William IV's liaison with Dorothea Jordan. In 1829 Augustus was appointed a Chaplain of his father and later that year he was presented with the vicar of Mapledurham in Oxfordshire. King William IV was a lavish benefactor of the church and the parish and, among his gifts was the clock in the tower which bears his initials, he also made generous contributions to extend the vicarage and to enclose its adjacent grounds with substantial provisions for the foundation of a new school in the village. Augustus was appointed Chaplain in ordinary to his father. in 1832.

Amelia FitzClarence was the final child of Prince William, Duke of Clarence and Dorothea Jordan, she was named after her Aunt, Princess Amelia but known as 'Milly' in the family. She married Lucius Cary, 10th Viscount Falkland in 1830. They had one son:-

Mary Adelaide PreviousNext The Order of the Bath