Caroline of Brunswick was born on 17 May 1768, the daughter of Charles William Ferdinand, Duke of Brunswick-Wolfenbüttel and Princess Augusta Frederica of Wales, the daughter of Frederick, Prince of Wales (eldest son of George II) and Augusta of Saxe-Gotha. She was christened with the names Caroline Amelia Elizabeth. 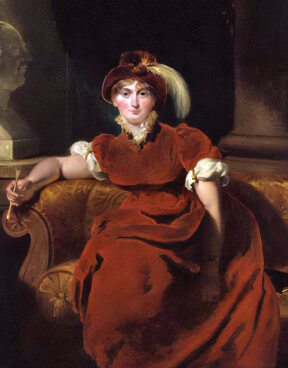 In 1794, at the age of twenty-six, Caroline was engaged to George Prince of Wales, the eldest son of her maternal uncle George III and Charlotte of Mecklenburg-Strelitz. The couple, although cousins, had never met, George, who had already contracted a secret marriage with the Catholic Maria Fitzherbert, which according to the Royal Marriage Act was illegal, agreed to marry Caroline because he was hugely in debt, to the tune of £630,000, a massive sum for the day and on his marriage to an eligible Protestant princess, Parliament would agree to increase his allowance.

James Harris, Earl of Malmesbury was dispatched to Brunswick to collect Caroline and escort the Prince of Wales' prospective bride back to Britain, he arrived on 20 November 1794, he recorded his first impressions of Caroline in his diary, 'Pretty face, not expressive of softness, her figure not graceful, fine eyes, good hand, tolerable teeth, but going, fair hair and light eye-brows, good bust, short.' On closer aquaintance, he was decidedly unimpressed by the Princess, confiding his reservations to his dairy, he recorded that she lacked judgment, and decorum, spoke her mind too readily, acted indiscreetly, and often neglected to wash, or change her dirty clothes. He went on to further state that she had 'some natural but no acquired morality, and no strong innate notions of its value and necessity.'

Caroline and Malmesbury landed on English shores at Greenwich on Easter Sunday, 5 April. At first sight of his future wife, the future George IV was thoroughly dismayed and in a state of shock, "I am not well", he announced, "pray get me a glass of brandy," Caroline was also unimpressed and confided in Malmesbury that the Prince was very fat and ' nothing like as handsome as his portrait'. Caroline was further upset by George's obvious preference for his mistress, Lady Jersey, over herself.

The marriage ceremony proceeded as arranged, attended by George's well-pleased father, on the evening of 8th April 1795 at the Chapel Royal at St. James' Palace. The bride wore an elaborate dress of silver tissue and lace and a velvet robe lined with ermine. The distraught bridegroom spent his wedding night lying on the bedroom floor by the fireplace in a drunken stupor. 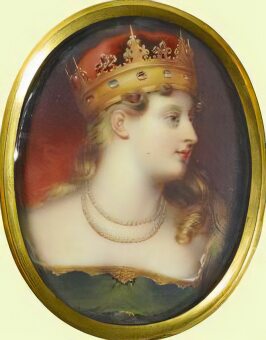 Although he was repelled by his wife, George eventually did his duty and brought himself to consummate the marriage. Nine months later, on 7 January 1796, Caroline gave birth to the only child of the marriage, Princess Charlotte of Wales, at Carlton House, in London. The Princess, who was second in line to the throne, was christened Charlotte Augusta, in honour of both her grandmothers, in the Great Drawing Room at Carlton House.

After the birth of their child George promptly abandoned Caroline. George wanted an official separation from his wife, but his father the king, who was at first sympathetic to his daughter-in-law and niece, would not allow it.

In August 1797 Caroline moved to a private residence, the Vicarage or Old Rectory in Charlton, London, she later moved to Montagu House in Blackheath. The couple's young daughter Princess Charlotte, was not allowed to remain in her mother's care and was placed with a governess, Lady Elgin, in a mansion near Montagu House, although Caroline was permitted to visit her often.

In December 1798, George, in an act of reconciliation, invited his estranged wife to spend the winter at Carlton House, which she refused to do. In 1802, she adopted a three-month-old child, William Austin. By 1805, Caroline was engaged in a dispute with her neighbours, Sir John and Lady Douglas, who indignantly claimed that the Princess had addressed obscene and harassing letters to them. Lady Douglas further made allegations that William Austin was Caroline's illegitimate child.

A secret commission was set up to examine Lady Douglas's claims about the child William Austin in 1806, during which Caroline was not permitted to see her daughter. Her servants alleged that the child had been brought to the house by his true mother, Sophia Austin. Sophia was consequently summoned before the commission and testified confirming that the child was her son. The commissioners decided that there was 'no foundation' for the allegations, and thus George was deprived of the means of divorcing his wife, but news of the enquiry was leaked to the press, causing a scandal. Following the investigation, her visits to her daughter were restricted to once a week and could take place only in the presence of Caroline's mother, the Dowager Duchess of Brunswick.

By the end of 1811, King George III had become permanently insane, and the Prince of Wales was appointed as Regent. Princess Charlotte was informed that she would henceforth be confined at Cranbourne Lodge, at Windsor and that she would be allowed no visitors except for her grandmother, Queen Charlotte. Charlotte rebelled against these strictures and ran away to her mother's house in Bayswater, she was eventually persuaded by her uncle Augustus, Duke of Sussex to return to her father. Caroline, who was deeply unhappy at her treatment in Britain, agreed to leave the country in exchange for an annual allowance of £35,000 and on 8 August 1814, left Britain. 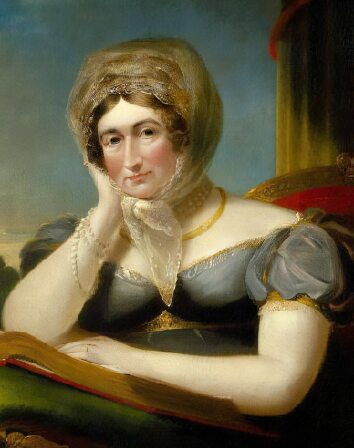 She travelled to Italy via Switzerland, engaging Bartolomeo Pergami, a handsome ex-soldier. In early 1816, she went on a cruise around the Mediterranean with Pergami, during which they acted in such a reckless way that it soon became rumoured that the pair were lovers. The previous year, Princess Charlotte had married Prince Leopold of Saxe-Coburg-Saalfeld, and in November 1817, tragically died after giving birth to a stillborn son. George refused to write to inform Caroline, he did, however, write to inform the pope, the courier carrying the letter passed by Pesaro, and by these means, Caroline heard the devastating news.

George, who wanted a divorce, set up a commission to gather evidence of Caroline's adultery with Pergami. Negotiations were entered into by representatives of both parties, in the midst of which King George III died on 29 January 1820. Caroline's estranged husband was now King of Great Britain, and at least technically, she was now queen. In an effort to assert her rights, she made plans to return to England. The government offered her an increased annuity if she agreed to remain abroad, an offer which she promptly rejected.

When she arrived back in England on 5 June, riots broke out in her support. The King, however, still adamantly wanted a divorce, and the following day, he submitted the evidence gathered of Caroline's adultery to Parliament. A bill was introduced in Parliament in 1820, known as the Pains and Penalties Bill, claiming Caroline was guilty of adultery with Pergami, it aimed to strip her of the title of queen consort and dissolve her marriage. The bill was eventually dropped because of its widespread unpopularity. Although receiving ardent support from Sarah, Lady Jersey, Caroline's popularity with the public waned, and she eventually accepted an allowance of £50,000 a year on the condition that she left the country.

Caroline planned to attend the coronation service on 19 July 1821 as queen, but on arrival at Westminster Abbey she was turned away and suffered the indignity of being refused entry at both the doors to the East Cloister and West Cloister, she then attempted to enter via Westminster Hall. An onlooker described how the Queen stood at the door fuming until the doors were slammed in her face. Caroline, undeterred, then proceeded back to an entrance near Poet's Corner, where she was persuaded to return to her carriage, after which she eventually left, to be jeered by the crowds as she drove away.

That evening, Caroline felt unwell and during the following three weeks her condition deteriorated and she suffered severe abdominal pain. She expressed a wish to be buried in Germany and to have engraved on her coffin the inscription, 'Caroline of Brunswick, the injured Queen of England'. Caroline died at Brandenburg House at 10:25 p.m. on 7 August 1821 at the age of 53. Her body was sent to Brunswick, where she was buried beside her father in Brunswick Cathedral on the 25th August.