Prince William Augustus, the second son of King George II and Caroline of Anspach was born on 26 April, 1721 at Leicester House, in Leicester Fields (now Leicester Square) in London. His parent's favourite son, William received an excellent education, one of his tutors was Edmond Halley, discoverer of Halley's comet. At the age of but four, on 27 July 1726, he only was created Duke of Cumberland, Marquess of Berkhamstead, Earl of Kennington and Viscount Trematon. 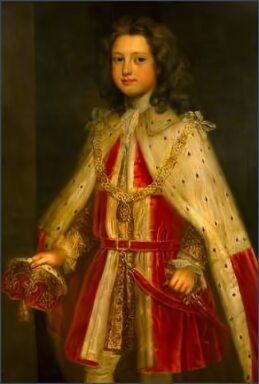 He served in the fleet of Sir John Norris, but quickly became disenchanted with naval life and at the age of nineteen was appointed colonel of the First Regiment of Foot Guards in February 1741. He was promoted to a major-general in December 1742 and, first saw active service the following year, in Germany, where he fought at the Battle of Dettingen on 27 June 1743, alongside his father, where he was wounded in the leg by a musket ball. Although the wound healed for the time, it was to cause him trouble for the remainder of his life. After the battle, he was appointed lieutenant general.

In 1745 Cumberland was granted the honorary title of Captain-General of the British land forces and despite his inexperience, during the War of the Austrian Succession (1740-48), became Commander-in-Chief of the allied British, Hanoverian, Austrian and Dutch troops.

Tournai was under siege by the French commander, Marshal Maurice de Saxe and Cumberland advanced to relieve the town. The two forces clashed at the Battle of Fontenoy, fought on 11 May 1745, where the Allies were defeated by the French. Saxe had chosen the battleground and filled the nearby woods with French marksmen. When drawing up his battle plan, Cumberland had ignored the threat of the woods and instead concentrated his energies on seizing the town of Fontenoy and attacking the main French army. Despite a concerted Anglo-Hanoverian attack on the French centre, the failure to clear the woods and of the Dutch forces to take Fontenoy forced Cumberland's retreat. William was criticised for his tactics and in the wake of the battle of Fontenoy, was forced to retreat to Brussels and was unable to prevent the fall of Ghent, Bruges and Ostend.

William was recalled to England to take over the command of the government forces opposing the 1745 Jacobite rebellion led by Charles Edward Stuart, otherwise known as 'Bonnie Prince Charlie'. The grandson of the deposed Stuart king, James II, Charles had occupied Edinburgh and defeated Cope at Prestonpans.

Prince Charles and his Highlanders reached Derby, when the Jacobite commanders decided to retreat to Scotland, on December 6th. Cumberland pursued them, coming into conflict with their rearguard at a skirmish at Clifton near Penrith. He besieged Carlisle, which surrendered to the government forces after 9 days, after which Cumberland returned to London, but, on the defeat of Hawley at Falkirk, travelled north again and entered Edinburgh at the end of January 1746.

He spent the next six weeks gathering supplies and relentlessly drilling his soldiers to face the fearsome Highland charge. As the Scottish winter weather improved he moved along the coast, to meet Charles Stuart in battle at Culloden Moor, a few miles to the east of Inverness. Cumberland's army outnumbered the Jacobites by nearly two to one.

After defeating the Jacobites in the Battle of Culloden on April 16th, 1746, Cumberland issued orders for the systematic extirpation of all rebels in the Highlands. All houses where they could find were ordered to be burnt and all the cattle were driven off. No quarter was given, any Highlanders found wounded or with arms in their hands, were killed. Hence he acquired the sobriquet of the ' Butcher'.

Cumberland remained in the Highlands of Scotland until the third week in July to supervise the execution of his orders. The troops, to whom he entrusted this task of 'pacification,' consisted not only of English regiments, but also of the Whig clans, themselves in many cases eager to pay off the family feuds of centuries. 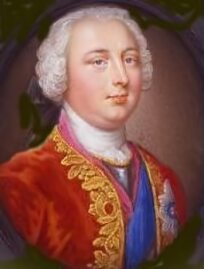 In 1747 Cumberland resumed command of the Allied army in Flanders 1747. On July 2 near Lauffeld, Cumberland again met with Marshal Saxe with similar results to their first encounter. Following this defeat, he withdrew from the area. The loss of Bergen-op-Zoom led to the Treaty of Aix-la-Chapelle in the following year. Over the next decade, Cumberland improved the army but was met with decreasing popularity.

The outbreak of the Seven Years' War in 1756 saw Cumberland's return to field command in Europe. The king his father appointed him to lead the Army of Observation and defend Hanover. Taking up his command in 1757, he met the French in battle on 26 July at Hastenbeck, where Cumberland's heavily outnumbered forces were forced to retreat to Stade. Cumberland was ordered by his father to negotiate a separate peace for Hanover. He concluded the Convention of Klosterzeven on September 8, the terms of which called for the demobilization of Cumberland's army and partial French occupation of Hanover.

Publically reprimanded by King George II, despite his authorization of a separate peace, when they met George II remarked "Here is my son who has ruined me and disgraced himself", Cumberland in response resigned his military and public offices. The king changed his will, taking away a large legacy intended for William. Following Prussia's victory at the Battle of Rossbach in November, the British repudiated the Convention of Klosterzeven and a new army was formed in Hanover under the leadership of Duke Ferdinand of Brunswick.

Cumberland's final years were lived out during the first years of the reign of his nephew, George III, who succeeded to the throne on the death of his grandfather George II on 25 October 1760. His principal residence was at 'Cumberland Lodge' in the centre of Windsor Great Park. Cumberland became an influential advisor to the young King and was instrumental in establishing the First Rockingham Ministry. Cabinet meetings were held either at Cumberland Lodge, his home in Windsor, or at Upper Grosvenor Street, his house in London.

Cumberland never fully recovered from the wound he received at Dettingen and had grown more obese with the passing of the years. In August 1760, he suffered a stroke and, on 31 October 1765, he died at Upper Grosvenor Street in London. He was buried in the Hanoverian vault of the Henry VII Chapel in Westminster Abbey.