Ernest Augustus, Duke of Cumberland and King of Hanover

Prince Ernest Augustus was born at Buckingham House, which is now part of Buckingham Palace, on 5 June 1771, he was the fifth son of King George III and his queen, Charlotte of Mecklenberg-Strelitz and was named in honour of his three greats grandfather, Ernest Augustus, Elector of Hanover, the father of George I.

At the age of fifteen, Ernest and his two younger brothers, Adolphus and Augustus, were sent to further their education at the University of Göttingen in Hanover. Though King George III himself never left the United Kingdom in his life, he decided to send his younger sons to Germany in their adolescence. 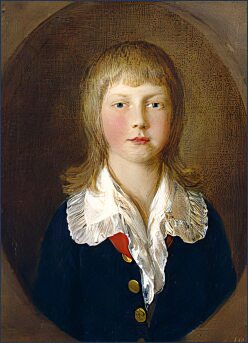 Ernest was destined for a military career and he and Prince Adolphus received military training in Hanover. Ernest displayed talents as an excellent horseman as well as being a very good shot and was placed in the cavalry as captain. In March 1792, King George commissioned his son as a colonel into the 9th Hanoverian Light Dragoons. Engaged in action near the town of Tourna in Wallonia against Revolutionary France, in August 1793, Ernest sustained a sabre wound to the head, which resulted in a disfiguring facial scar which he carried for the rest of his life.

During the Battle of Tourcoing, fought in northern France on 18 May 1794 his left arm was injured by a cannonball. In the days following the battle, he experienced a loss of sight in his left eye. As a result, he was sent to England to convalesce. In 1796 Prince Ernest consulted Wathen Waller, a noted eye surgeon, but Waller found his condition inoperable. 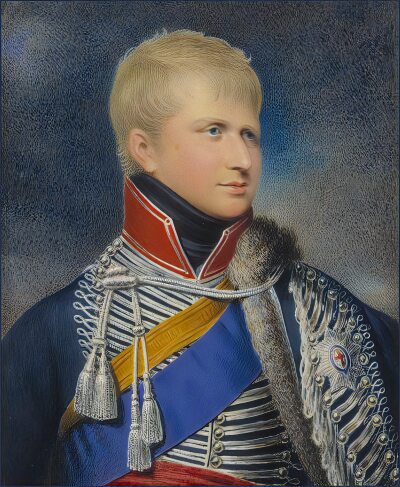 On 23 April 1799, Ernest Augustus was created Duke of Cumberland and Teviotdale and Earl of Armagh by his father the king. With a seat in the House of Lords, he took an interest in politics. Ernest held radical Tory views, and soon became a leader of the right of the party, he opposed Catholic emancipation and the Reform Act.

In the early hours of 31 May 1810, Ernest, by his own account, was hit on the head several times while asleep in bed, causing a serious head injury. He ran to the door, where he claimed to have been wounded in the leg by a sabre. One of his valets, Cornelius Neale, responded to his call for aid. Neale raised the alarm, and the household soon realised that Ernest's other valet, Joseph Sellis, was missing, The door to Sellis's room was locked and when the lock was forced, the body of Sellis was discovered with his throat cut, a wound which was claimed to be self-inflicted. Ernest received several serious wounds during the attack and required over a month to recover from his injuries. 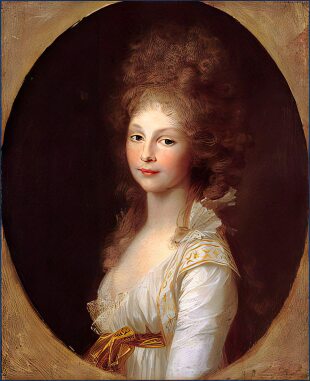 An inquest was held and the jury returned a unanimous verdict of suicide against Sellis. However, public opinion blamed Ernest for Sellis's death. Some versions had Cumberland cuckolding Sellis, with the attack as retaliation, or Sellis killed for finding Ernest and Mrs Sellis together in bed. Other stories suggested that the Duke was the lover of either Sellis or Neale, and that blackmail had played a part in the death. Subsequently, two men were imprisoned for asserting that the duke had murdered his valet.

The most serious scandal which confronted Cumberland was in regarding his relations with his younger sister, Princess Sophia. His affection for her was judged by some to be unhealthily intense, The Prince Regent supposedly warned his sisters not to be alone in the same room with the Duke. This gave rise to the rumour that he had fathered the illegitimate son she was said to have given birth to in 1800.   Experts are divided on the validity of these reports, some believe she gave birth to her equerry, Captain Garth's child while others consider them tales spread by the Royal Family's political enemies.

Ernest met his first cousin, Princess Frederica of Mecklenburg-Strelitz in 1813 and promptly fell in love. Unfortunately, Frederica was the wife of Prince Frederick William of Solms-Braunfels. The two agreed to marry if Frederica ever became free. Her marriage to Frederick William had not been a happy one, her husband, agreed to a divorce, but his sudden death in 1814 removed the necessity for this. Some considered the death of Frederica's husband all too convenient. Ernest's mother, Queen Charlotte, strongly opposed the marriage. Prior to the marriage of Frederica to Frederick William, she had jilted Ernest's younger brother, the Duke of Cambridge, after their engagement was announced, which Charlotte could not forgive. . Nevertheless the marriage went ahead in Germany on 29 May 1815, Queen Charlotte, however, refused to receive her new daughter-in-law.

Princess Charlotte of Wales, the only child of the Prince Regent, died after delivering a stillborn son leaving King George III with no surviving legitimate grandchildren. The Prince Regent and the second brother, Frederick, Duke of York, were both estranged from their spouses. Ernest was the senior son to be both married and living with his wife. This must have given him some prospect that the British throne would eventually be his or his descendants. However, both of his unmarried older brothers, William, Duke of Clarence and Edward, Duke of Kent, hastened to find a bride, and King George III's fourth son, Edward, Duke of Kent, fathered the eventual heir to the throne, Princess Victoria of Kent. 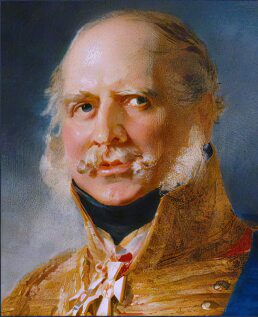 Seeing no prospect of the Queen softening her attitude to Frerica and receiving her new daughter-in-law and resentful of the refusal of Parliament to increase his allowance, the Cumberlands moved to Germany in 1818. Queen Charlotte died on 17 November 1818, but the Cumberlands remained in Germany. In 1817, the Duchess was delivered of a stillborn daughter; in 1819 she gave birth to a son, Prince George of Cumberland. In 1820, on the death of George III., the Prince Regent succeeded to the British and Hanoverian thrones as George IV. George III's fourth son, Edward, Duke of Kent, died six days before his father but left a young daughter, Princess Victoria of Kent. Such was Ernest's reputation in England that it was rumoured that Ernest intended to murder her and take the throne for himself.

1837 saw the death of King William IV, who had succeeded his elder brother, George IV as king, England and Hanover were divided, as Princess Victoria succeeded as Queen of the United Kingdom and Ernest, due to the Salic law, which forbade the inheritance of a female, became the King of Hanover. Hanover's first ruler to reside in the kingdom since George I, he had a generally successful fourteen-year reign, but excited controversy when he dismissed the Göttingen Seven, including the two Brothers Grimm, from their professorial positions for agitating against his policies.

In 1851, King Ernest undertook several journeys around Germany. He accepted an invitation from the Prussian Queen-consort to visit Charlottenburg Palace, near Berlin. He visited Mecklenburg for the christening of the Grand Duke's son, and Lüneburg to inspect his old regiment. In June Ernest celebrated his 80th birthday by playing host to the King of Prussia. Late that summer, he visited Göttingen, where he opened a new hospital and was given a torchlight procession. The King continued his interest in British affairs and wrote to Lord Strangford complaining about the Great Exhibition of 1851:

The King died on 18 November 1851 in his Palace of Herrenhausen at the age of eighty, after an illness of about a month. He was mourned greatly in Hanover; less so in England. A large equestrian statue of King Ernest Augustus stands in a square named after him in front of Hanover Central Station, he was an able and even a popular Monarch. He was succeeded in Hanover by his only son George, who had been blinded in an accident as a child. Ernest was buried on 26 November in the mausoleum at Herrenhausen, Hanover.