Prince Adolphus Frederick was born at the Queen's House, which is now part of Buckingham Palace, on 24 February 1774, he was the seventh son of King George III and his queen, Charlotte of Mecklenberg-Strelitz and was the youngest son of George III to survive childhood. 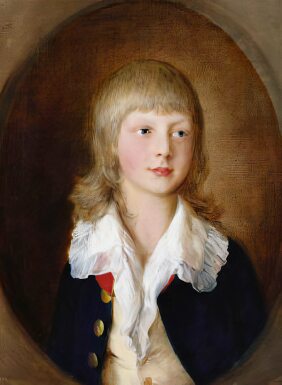 Adolphus, known to his family as Dolly, was educated at home at Kew until the summer of 1786, when he was twelve years old, he was sent to the University of Göttingen in Germany, along with his brothers Princes Ernest and Augustus. His military training began in 1791 when he and Prince Ernest went to Hanover to study under the supervision of the Hanoverian commander Field Marshal Wilhelm von Freytag.

Adolphus first saw action at Famars on 23 May 1793 where was wounded and captured at the Battle of Hondschoote on 6 September, but was quickly rescued. As a Hanoverian General-Major, he commanded a Hessian brigade under his paternal great-uncle, General Johann Ludwig von Wallmoden-Gimborn in Autumn 1794, he later commanded the Hanovarian Guards during the retreat through Holland. Remaining in Germany, the prince led a brigade of the Corps of Observation, 22 October 1796 - 12 January 1798. He was further made a British army colonel in 1794, and a lieutenant general on the 24th August 1798. Adolphus was described by a lady visiting Hanover in 1799 as being "extremely handsome, tall and finely formed with fair complexion and regular features, charming manners and a flow of amusing conversation". 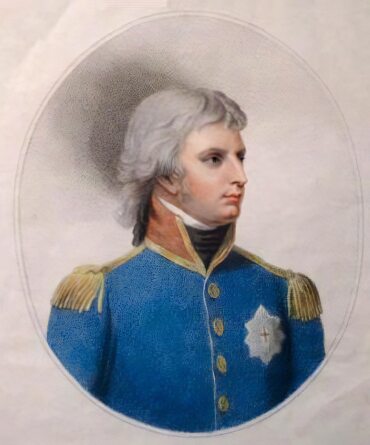 In 1797, Adolphus was unofficially engaged to his maternal first cousin Princess Frederica of Mecklenburg-Strelitz, who was the widow of Prince Louis of Prussia, but the king did not want them to marry until the war was over. In the meantime, Frederica became pregnant by Prince Frederick of Solms-Braunfels whom she subsequently married. After she had been widowed a second time, she married Adolphus elder brother, Ernest Augustus, Duke of Cumberland, but their mother refused to ever receive her.

During the War of the Second Coalition against France (1799-1802), Adolphus travelled to Berlin in 1801, to prevent the impending Prussian occupation of the Electorate. France demanded it, as it was stipulated in the Peace of Basel (1795), obliging Prussia to ensure the Holy Roman Empire's neutrality in all the latter's territories north of the demarcation line at the river Main, including Hanover. Regular Hanoverian troops, therefore, had been commandeered to join the multilateral so-called "Demarcation Army." His efforts were in vain. In 1803, he was senior army commander and replaced Wallmoden as commander on the Weser on 1 June. With the advance of French forces on one side and 24,000 Prussian soldiers on the other, the situation was viewed as hopeless. Adolphus refused to become involved in discussions of capitulation, handed over his command to Hammerstein and returned to England.

Following the collapse of Napoleon's empire, he was Military Governor of Hanover from 4 November 1813 - 24 October 1816, then Governor-General of Hanover from 24 October 1816 - 20 June 1837 (viceroy from 22 February 1831). He was made Field Marshal 26 November 1813. While he was Viceroy, the Duke became patron of the Cambridge Dragoons Regiment of the Hanoverian army. This regiment was stationed in Celle. 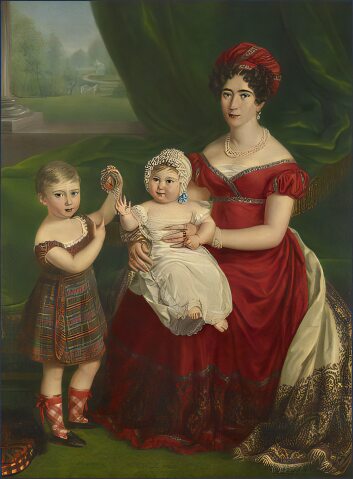 The untimely death of the heiress to the throne Princess Charlotte in childbirth in 1817 meant that King George III, even though he had twelve surviving children, had no legitimate grandchild to succeed to the throne in the third generation. Since his eldest brothers, George and Frederick were estranged from their wives, Adolphus made attempts to find a bride for his eldest unmarried brother, William, Duke of Clarence (later William IV), in the hope of securing an heir to the throne. After several false starts, the Duke of Clarence was married to Princess Adelaide of Saxe-Meiningen. The Duke of Cambridge then set out to find a bride for himself.

Adolphus was married to his second cousin Augusta of Hesse-Kassel (25 July 1797 – 6 April 1889). Augusta was the third daughter of Prince Frederick of Hesse, the couple married first at Kassel, Hesse on 7 May and then at Buckingham Palace, then the Queen's House, in the presence of Queen Charlotte, on June 1, 1818. The groom was 44 and the bride was 20. Despite the age difference, the marriage was a happy one. The couple had 3 children-

Through his youngest daughter, Mary Adelaide, Adolphus became the maternal grandfather of Mary of Teck, wife of King George V and therefore became the great-great-grandfather of the present queen, Elizabeth II.

From 1816 to 1837, the Duke of Cambridge served as viceroy of the Kingdom of Hanover on behalf of his elder brothers, George IV and later William IV.

When his niece, Queen Victoria succeeded to the British throne on 20 June 1837, the union of the crowns of Britain and Hanover ended, as his brother Ernest Augustus became King of Hanover as due to Salic Law, a female could not inherit the province. The Duke of Cambridge then returned to Britain.

Adolphus died on 8 July 1850 "of cramps in the stomach" at Cambridge House, Piccadilly and was buried at St Anne's Church, Kew. Augusta survived her husband by 39 years, dying at age 91 in 1889. In 1928, their remains were removed from the mausoleum at the Kew Parish Church and interred in the Royal Tomb House in St. George's Chapel, Windsor Castle at the instigation of their granddaughter Queen Mary. His only son, Prince George, succeeded to his dukedom. The title became extinct upon George's death in 1904. In 2011, Adolphus' great great great great grandson Prince William was created Duke of Cambridge upon his marriage.