Prince Octavius was born on 23 February 1779, at Buckingham House, London, He was the eighth son of King George III and his queen Charlotte of Mecklenberg-Strelitz and was accordingly christened Octavius on 23 March 1779, in the Great Council Chamber at St James's Palace, by Frederick Cornwallis, Archbishop of Canterbury. His younger brother Prince Alfred (right), said to be a child of charming disposition, followed some nineteen months later, and was born on 22 September 1780, at Windsor Castle. Alfred had a heart defect and was always in delicate health. 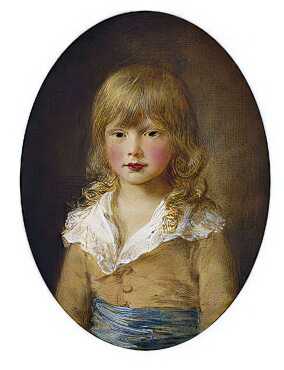 Octavius was close to his dearest sister Sophia, who referred to Octavius as "her son", and went with her and their siblings, Elizabeth and Edward to Eastbourne on the Sussex coast, where he could take the fresh seaside air during the summer of 1780.

In 1782, Prince Alfred was inoculated against smallpox, now eradicated, it was then was a serious contagious disease that killed many and left many survivors scarred. Queen Charlotte was an avid advocate of inoculation, the introduction of a vaccine to provide lasting protection against contagious disease. Inoculation then carried some risk of the person contracting a serious case of smallpox, but the risk of death from the disease itself was much greater. The much safer preventative measure of cowpox vaccination was not discovered by Edward Jenner until 1796. Alfred was given the smallpox vaccination by having two small holes made in each arm with the point of a lancet. The smallpox virus was then introduced by drawing a thread several times under the skin. 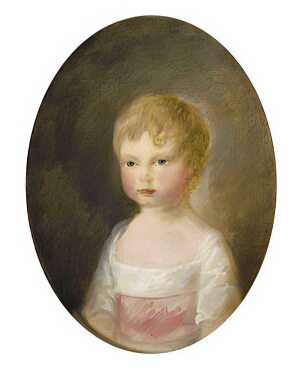 Unfortunately, Alfred became sick and was taken to Deal with his nurse Lady Charlotte Finch to recover. It was hoped that the fresh sea air and bathing in the water would improve his condition. Whilst there, Alfred endeared himself to many, including an old woman whom he waved to. His face and his eyelids had eruptions from the smallpox inoculation and his chest was giving him trouble. On his return to Windsor in August 1782, the doctors examined him and realized that the child had only weeks to live.

After suffering bouts of fever and continuing problems with his chest, Prince Alfred died on 20 August 1782, at Windsor Castle was not even two years old. Although the household did not go into mourning, as this was not prescribed for royal children younger than fourteen, his parents took their loss badly. According to Lady Charlotte Finch, the Queen "cried vastly" and was "very much hurt by her loss and the King also."

Alfred was buried at Westminster Abbey, his father the king continued to dwell on his death, and the sight of Alfred's posthumous portrait in a family painting by Thomas Gainsborough nearly a year after his death reduced his three eldest sisters to tears.

Octavius was three years of age when Alfred died on 20 August 1782, and he again became the youngest surviving child of the king and queen. Horace Walpole wrote to Sir Horace Mann that upon Prince Alfred's death, King George had said "I am very sorry for Alfred; but had it been Octavius, I should have died too." Prince Octavius was a handsome boy with long blonde hair and blue eyes. The king was devoted to him, as he was too young to cause the type of trouble that his elder brothers were. George III was affectionate and indulgent with his younger children and attended their birthday parties and other events, on one occasion a friend witnessed a happy domestic scene that involved George "carrying about in his arms by turns Sophia and the last prince, Octavius." Another witness wrote George and Charlotte "have their Children always playing about them the whole time", during most evenings the children were brought to their parents between 6 and 7 O'clock to play for an hour or two. The king also was kept informed of his children's educational progress. 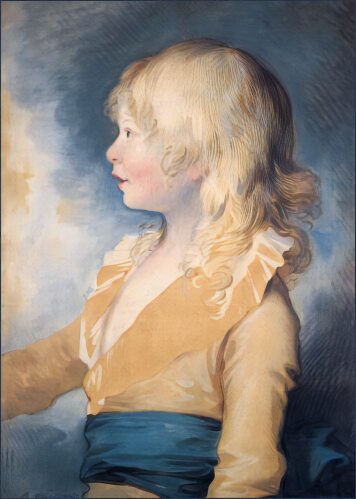 In 1820, historian Edward Holt would write of the prince's character, "Though Prince Octavius had not passed his fifth year, he was considered very docile, and possessed good-nature in such an uncommon degree, that he was the delight of all about him."

Six months after Alfred's death, Octavius and his sister Sophia were taken to Kew Palace in London to be inoculated with the smallpox virus. Sophia recovered but Octavius became ill and died several days later, at around 8 PM, on 3 May 1783, at Kew Palace. He was four years old. As was traditional, the household did not go into mourning for the deaths of royal children under the age of fourteen. Octavius has the distinction of being the last member of the British royal family to suffer from smallpox.

On 10 May, he was buried alongside his brother Alfred at Westminster Abbey. Their eldest brother, now King George IV ordered their remains transferred to St. George's Chapel, Windsor Castle on 11 February 1820. According to Queen Charlotte, Octavius' death was unexpected; she wrote to a friend who faced a similar tragedy that "twice have I felt what you do feel, the last time without the least prepared for such a stroke, for in less than eight and forty hours was my son, Octavius, in perfect health, sick and struck with death immediately." The prince's death had a marked effect, both mentally and physically on Queen Charlotte, who at the time was pregnant with her youngest child Princess Amelia.

Octavius's death devastated his father; Walpole wrote "the King has lost another little child; a lovely boy, they say, of whom their Majesties were dotingly fond." Shortly afterwards, King George said "There will be no Heaven for me if Octavius is not there." The day after his son's death, the King passed through a room where artist Thomas Gainsborough was completing the finishing touches on a portrait of the family. The King asked him to stop, but when he found out that the painting was of Octavius, allowed the painter to continue. When this same painting was exhibited a week later, Octavius' sisters were so upset that they broke down and cried in front of everyone.

Some three months after Octavius' death, his father was still dwelling on the loss of his son, writing to Lord Dartmouth that every day "increases the chasm I feel for want of that beloved object " In later years, King George imagined conversations with his two youngest sons. During one of the king's bouts of madness in 1788, George mistook a pillow for Octavius, who by that time had been dead for five years.