Princess Sophia was born at Buckingham House, now Buckingham Palace, on 3 November 1777, she was the fifth daughter of King George III and Charlotte of Mecklenburg-Strelitz. The infant princess was christened with the names Sophia Matilda on 1 December 1777 in the Great Council Chamber at St James's Palace by Frederick Cornwallis, Archbishop of Canterbury. Sophia was chosen after her mother whose full name was Sophia Charlotte and Matilda after the king's sister, Caroline Matilda, Queen of Denmark. 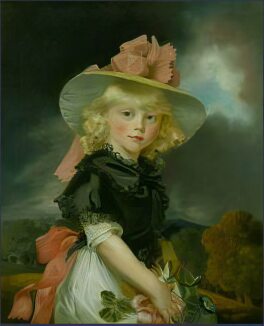 Lady Charlotte Finch served as Sophia's governess, a role which she performed for all the royal children. The princess received lessons in English, French, music, art, and geography. Princess Sophia's first public appearance occurred on 26 May 1784, when she accompanied her parents and elder siblings to a commemoration for George Frideric Handel, held at Westminster Abbey.

Uncommon at that age, Sophia's father was involved in her early upbringing and preferred his daughters to his sons. Whenever possible he attended the princesses' birthday parties and other special events and was kept informed on the progress of their education. A family friend once remarked, "I never saw more lovely children, nor a more pleasing sight than the King's fondness for them." Queen Charlotte, however, was widely feared by her daughters. 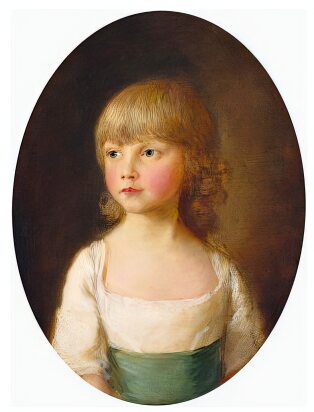 When she was fourteen, Sophia debuted at court on her father's birthday, 4 June 1792. Sophia was devoted to her father, though she occasionally found him exasperating. She confided that "the dear King is all kindness to me, and I cannot say how grateful I feel for it." According to the historian and biographer biographer Christopher Hibbert, in her young adulthood Sophia was a "delightful though moody girl, pretty, delicate and passionate."

The King suffered his first bout of madness in 1788, his condition is now thought to be due to the hereditary malady of Porphyria, inherited from the Stuarts. Sophia was just eleven at the time. The princess found some of her father's behaviour concerning, "He is all affection and kindness to me, but sometimes an over kindness, if you can understand that, which greatly alarms me." The king further lapsed into insanity in 1801 and 1804, therefore the subject of the marriage for his daughters was delayed. The queen, who found her husband's illness a strain, wanted her daughters to remain close to her. As a result, as was the case with most of her sisters, Sophia was forced to live a secluded existence as a companion of her mother. The princesses rarely came into contact with men other than pages, equerries, or attendants. Constantly chaperoned, they complained bitterly about living in a "Nunnery".

Charlotte, Princess Royal who was married to Prince Frederick of Württemberg at the age of 29, was the only daughter of George III who was able to marry while relatively young. The rest of the princesses were not lacking in suitors, but most of their efforts were prevented by Queen Charlotte, who selfishly clung to her daughters. The princesses often pleaded with their eldest brother, George, Prince of Wales for help in their situation, Sophia once jokingly wrote to her brother, saying "I wonder you do not vote for putting us in a sack and drowning us in the Thames." Before George became regent, he had little power to help them. His appointment as Regent in 1811 resulted in Sophia and the other remaining unmarried princesses receiving increases in their allowances. He also supported their desire to venture out into society. Queen Charlotte was furious at this, and the Prince-Regent carefully reconciled the two parties to enable his sisters to experience some independence.

Various rumours arose about Sophia's alleged incestuous relationship with her fifth brother, Ernest Augustus, Duke of Cumberland, who had an unnatural interest in his sister. The Prince Regent supposedly warned his sisters not to be alone in the same room with the Duke, and Cumberland was a deeply unpopular figure in Britain. It is unclear whether there was truth to these rumours or whether they were circulated by Cumberland's political enemies.

Limited in exposure to eligible men, Sophia and several of her sisters became romantically involved with courtiers and equerries. Sophia began a relationship with her father's chief equerry, Major-General Thomas Garth, a small man who was over thirty-three years her senior. He had a large purple birthmark on his face, causing Sophia's sister Mary to refer to him as "the purple light of love". Despite this, a lady-in-waiting noted "the princess was so violently in love with him that everyone saw it. She could not contain herself in his presence." Greville wrote about Sophia and her sisters' affairs in a diary entry, "women fall in love with anything - and opportunity and the accidents of the passions are of more importance than any positive merits of mind or body... (the princesses) were secluded from the world, mixing with few people - their passions boiling over and ready to fall into the hands of the first man whom circumstances enabled to get at them."

Gossip soon spread that Sophia had given birth to an illegitimate child. Some historians contend that, sometime before August 1800 in Weymouth, Sophia gave birth to a child fathered by Garth. It was feared that this news might have a detrimental effect on the King and so he was told that Sophia had dropsy, a common complaint in the family. Flora Fraser believes the rumours that Sophia had a child, but has questioned whether the child was fathered by Garth, or Sophia's brother the Duke of Cumberland. The child, baptised Thomas Garth, was raised at the home of Major Herbert Taylor, in Weymouth. Taylor was the Private Secretary to the Duke of York and afterwards to the King. Garth accepted paternity of the boy, and remained in favour at Court, receiving a promotion and being appointed to a responsible position in the household of Princess Charlotte. Sophia would visit him occasionally in Weymouth.

In 1828 Tommy Garth tried to blackmail the royal family with certain incriminating documents from his father about his supposed parents' relationship, though this was not successful. Conversely, Anthony Camp challenges the belief that Sophia had a child and provides a detailed summary of the available evidence. In his book Royal Babylon: the Alarming History of European Royalty, author Karl Shaw writes of the possibility that the Duke raped his sister, citing evidence from Charles Greville's diaries, as well as other factors. Historian Gillian Gill believes that Sophia secretly gave birth to the child and that this is the reason Sophia never married. Alison Weir and others, however, write of a possible marriage between Sophia and Garth the same year as the child's birth, but there is no evidence to back this assertion other than the presence of a wedding ring in a portrait of an aged Sophia. 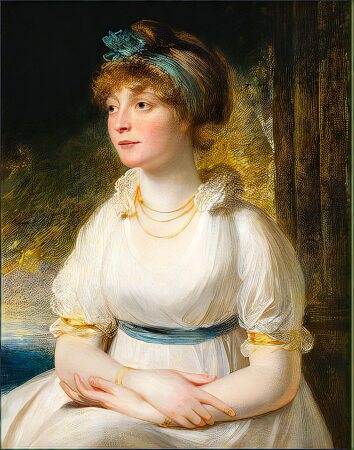 Princess Sophia was a favourite of her niece, Princess Charlotte of Wales, who liked her gentle nature and had a fascination for the gossip which surrounding Sophia's past. Charlotte hated her other aunts, and wrote, "I can hardly believe (Sophia) belongs to them- so wholly different is she in thoughts, opinions, matters. Her nobleness and rectitude of mind renders her no favourite here. The constant scenes of intrigue, of tracasseries, she can but ill support.". The Prince Regent's attempts to help his sisters resulted in the marriages of Princess Mary to her paternal first cousin, Prince William Frederick, Duke of Gloucester and Edinburgh, when both were 40, and Princess Elizabeth, to the German Prince Frederick of Hesse-Homburg. Queen Charlotte's death in 1818 finally allowed Augusta and Sophia their freedom, though it was too late for them to marry.

Sophia was subject to poor health, suffering from spasms and bouts of depression that were reminiscent of King George III's illness. As she grew older, she was inclined to indulge in her invalidism and enjoyed the attentions of her brothers. Following the queen's death, Sophia lived in Kensington Palace during her final years, next door to her niece Princess Victoria of Kent, the future Queen Victoria. Sophia was one of the few paternal relatives that Victoria saw often. In common with her sister-in-law Victoria, the widowed Duchess of Kent, Sophia fell under the spell of Victoria's comptroller Sir John Conroy and let him manage her money.

Sophia spied for Conroy when he was away from Kensington Palace. Gossip speculated that Conroy's successful ability to deal with the "bullying inopportunities" of Sophia's illegitimate son endeared her to him, while some feel that Conroy took advantage of Sophia, who in her last years had become "dizzy, easily muddled... mourning her fading looks" and a "confused, nearly blind aunt.". Sophia often dined with the household, but the Duchess of Kent despised her. Princess Victoria was aware her aunt was a spy and the two never became close. Sophia's wealth allowed Conroy to live a rich lifestyle, acquiring for himself a house in Kensington, as well as two other estates. Sophia was also responsible for certain members of Victoria's household gaining higher statuses; Victoria's governess Louise Lehzen, for instance, was made a Hanoverian baroness on the orders of George IV, and Conroy was named a Knight Commander of the Hanoverian Order

After having been blind for over ten years, on the morning of 27 May 1848, Princess Sophia became ill at her residence at Vicarage Place, Kensington; she was visited by her sister Mary, sister-in-law Queen Adelaide, and nephew-in-law Prince Albert. Sophia's death occurred at 6:30 later that day, when Mary, the Duchesses of Kent and Cambridge were present at the end

The princess was buried at Kensal Green Cemetery in London, in front of the central chapel, as she wished to be near her brother, Prince Augustus Frederick, Duke of Sussex, who lies on the opposite side of the path). After her death, it was discovered that Conroy had squandered most of her money and that the princess had virtually no estate to bequeath.