Edward, Duke of York and Albany

Prince Edward was the third child and second son of Frederick, Prince of Wales, eldest son of King George II and Queen Caroline of Anspach . His mother was Augusta of Saxe-Gotha, Princess of Wales, the daughter of Frederick II, Duke of Saxe-Gotha-Altenburg (1676-1732) and Magdalena Augusta of Anhalt-Zerbst (1676-1740). He was baptised Edward Augustus, at Norfolk House, by Thomas Secker, Bishop of Oxford. 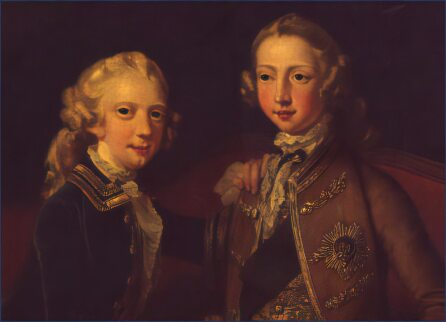 Prince Edward was educated with his brother, Prince George and was taught arithmetic, Latin, geometry, writing, religion, French, German, Greek and even dancing. For the future George III, the young Prince Edward was his only constant companion, but it was Edward who was their mother's favourite.

Edward's father, Prince Frederick, who was detested by his parents, died at the age of 44 in 1751. This has been attributed to a burst lung abscess caused by a blow from a cricket or a real tennis ball, but it is now thought to have been from a pulmonary embolism.

The king reportedly did not show much feeling upon the death of his son and the funeral was simple. However, the relationship between George II and his widowed daughter-in-law became much improved following the death of Frederick. Upon his condolences, Augusta replied that she placed herself and her children upon his mercy and protection, and he was evidently touched by her widowhood and young children, and was willing to show them consideration. During the remaining years of the reign of George II, Princess Augusta chose to live in seclusion with her children, devoting herself to their care. 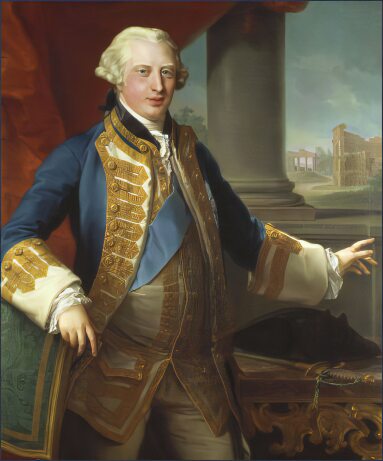 Edward's character was markedly different from his more serious brother and he became a very popular figure in London society. Those who knew him described him as silly, frivolous, somewhat of a chatter-box, who loved a good practical joke and who did not keep the most upright company.

His grandfather, George II created him Duke of York and Albany and Earl of Ulster on 1 April 1760. On the death of King George II, Edward's brother ascended the throne on 25 October 1760 as George III and named Edward a privy counsellor. From the time his brother became king and until the birth of the king's first child, the future George IV, on 12 August 1762, the duke was heir presumptive to the British throne.

In the late summer of 1767, the Duke of York embarked on a tour of the continent, on his way to Genoa, the duke became ill while in France at a ball but insisted on continuing to Genoa where he was to meet his mistress. He became so ill that he had to be landed in the harbour of Monaco. Despite the care and attention he was given, he died in the Palace of Honoré III, Prince of Monaco, on 17 September. Before his death, he dictated an apologetic letter to his brother George III and thanked Prince Honore for all his care.

The state bed chamber where the duke died has since been known as the York Room. After his death, his body was returned to London aboard HMS Montreal and was interred in Westminster Abbey.