Dynasties of the Kings and Queens of England

This site is designed to bring to life, as vividly as possible, the history of the Kings and Queens of England from Egbert, first King of the English, who reigned 802-839 A.D., through over a thousand years of the rich and varied tapestry of England's history to the throne's present occupant, Elizabeth II. It contains a biography of each English monarch along with many illustrations, maps (where applicable) and genealogical tables, in an easy to follow format arranged by dynasties. We also take a look at the Tower of London, the Crown Jewels and the royal residences. 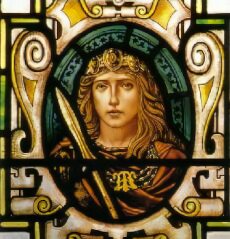 This history covers all of England's early Celtic chieftains including the warlike Boudicca, Queen of the Icceni, who led a revolt against the Romans in the first century A.D. and Caractacus, king of the Catuvellauni tribe, who also resisted the Romans. Other Celtic leaders of note: Cassivellaunus, Uther Pendragon and King Arthur. 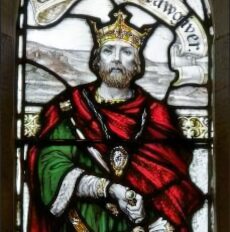 The Anglo-Saxon kings, included Alfred the Great, the ineffectual Ethelred the Redeless (978-1016) and his pious son, Edward the Confessor (1042-1066) who was later canonized in 1161. The Anglo-Saxon line was interrupted for two decades by Viking conquerors but was re-established by Edward the Confessor. The Confessor is said to have willed his throne to his brother-in-law, King Harold II Godwinson (reigned- January-October, 1066), who was killed at the Battle at Hastings, when the native Saxon House of Wessex was displaced by the Normans in the person of William I, thereafter known as the Conqueror. 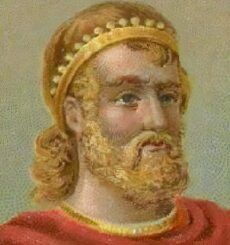 England's line of Viking kings spans a dynasty of three generations and was founded in 1013 by Sweyn Forkbeard, King of Denmark, the son of Harald Bluetooth, who after years of conflict, wrested the throne of England from the ineffectual native Saxon king, Ethelred II the Redeless ( 978-1016). Sweyn was followed by his son Canute, called the Great (1016 - 35), the ablest of his line, who converted to Christianity and married Ethelred's widow, Emma of Normandy. Other Viking warriors of note: Ragnar Lodbrok, Halfdan Ragnarsson and Ivar the Boneless. 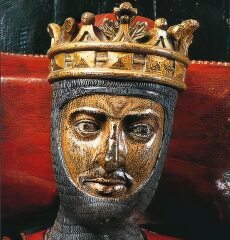 Our section on the Normans includes the tumultuous events of 1066, which changed the course of English history. The reign of the stark and ruthless William I, the Conqueror, also the Civil War which engulfed England as two of his grandchildren, Stephen and Matilda, became locked in a bitter struggle for the crown. 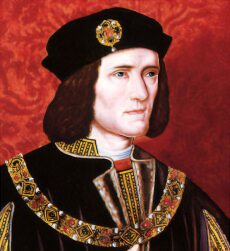 The Plantagenets, who followed the Normans, were a remarkable family, they produced such characters as the energetic Henry II, arguably one of the ablest of English Monarchs his son, the legendary Richard the Lionheart who led the Third Crusade into the Holy land and Edward I, conqueror of Wales and 'Hammer of the Scots'. 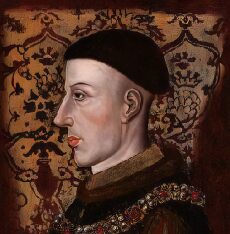 The Plantagenets finally destroyed themselves in a bloody dynastic struggle which we know of as the Wars of the Roses. Which began when the first Lancastrian king, Henry IV, usurped his cousin Richard's throne. The House of Lancaster then ruled England for three generations, passing to Henry V, one of the most renowned medieval kings of England who was immortalised by Shakespeare He revived Edward III's claim to the throne of France defeated the French at Agincourt in 1415, before leaving the diadems of both countries to his infant son, Henry VI, who proved to be a much less effectual ruler than his father. 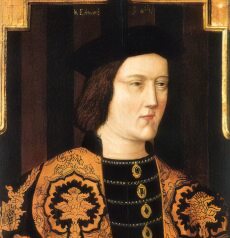 The claim to the throne of Henry VI was disputed by his second cousin, Richard Duke of York. Since York descended from Edward III's second surviving son, Lionel, Duke of Clarence and Henry from Edward's third surviving son, John of Gaunt, York did possess a slightly better claim. When the Duke of York was killed in battle in 1460 by the forces of Henry's strong-willed wife, Queen Margaret of Anjou, at the battle of Sandal, his claim to the crown passed to his eldest son who was crowned King Edward IV. This section also looks at the evidence and historical controversy as to whether England's last Plantagenet monarch, Richard III, actually murdered his nephews, the so-called Princes in the Tower, to gain possession of the crown. 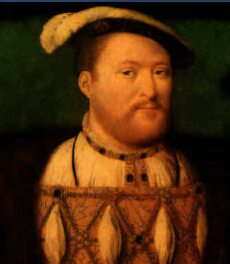 Our history of the Tudors includes that best known of English Monarchs, the tyrannical and bloodstained Henry VIII, who is famous for marrying six wives and executing two of them. His great daughter, Elizabeth I, highly astute and wily she survived an appalling childhood and adolescence to emerge as the ablest of the Tudors and led England to victory over the Spanish, the greatest power of the age. 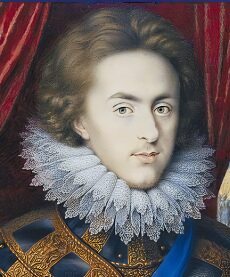 Our history of the Stuarts, that highly romantic but luckless dynasty, who was to rule over the joint kingdoms of England and Scotland includes, amongst much more, the English Civil War, the execution of Charles I by Oliver Cromwell and the Restoration of Charles II, the Merry Monarch, famous for his many mistresses and his long liaison with Nell Gwynne. It also contains a section on the Stuart Pretenders, one of whom was the courageous but impulsive Bonnie Prince Charlie. 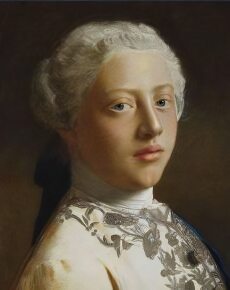 Our biographies of the German Hanoverian dynasty includes an examination of the madness of George III and puts forward modern claims that he suffered from a metabolic condition, porphyria. This section of our history also covers the long reign of that endearing if stubborn British Monarch, Queen Victoria, which saw Britain rise as a world power. 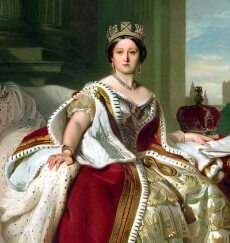 Queen Victoria's male-line descendants took the name of her husband Prince Albert of Saxe-Coburg-Gotha. However, during the first world war, when anti-German feeling was at its height, her grandson George V cast his colours in the wind by changing the family name to the much more English sounding Windsor in 1917. 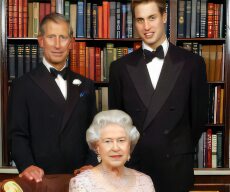 Last but not least our history culminates in the story of Britain's modern-day dynasty, the House of Windsor (formerly Saxe-Coburg-Gotha). We take a close look at the large family of Queen Victoria and the eight of her grandchildren who sat on the thrones of Europe. This section also includes a page on the popular Diana, Princess of Wales and the enquiry into her tragic death.